We bill most major insurances! 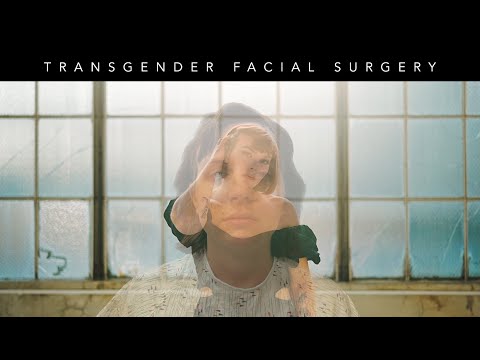 Initially, facial feminization was generally an isolated procedure. For example, a brow bone reduction or a rhinoplasty alone. The patient may undergo multiple of these procedures throughout their lifetime, but it is not one planned treatment. Combined procedures may have occurred when procedures were small.

The table below explains why a single session is preferred over multiple sessions in most situations.

There are two main reasons Dr. Sajan would recommend multiple sessions. First, if your surgical session would be too many hours, it is best to split the procedure because a very lengthy surgery may increase risks unnecessarily. Secondly, for patients with certain health conditions or who are above 50, a surgical session beyond a few hours may not be ideal. Therefore, Dr. Sajan may recommend splitting sessions for these patients.

As previously mentioned, FFS is a highly customized procedure. This is because everyone’s natural anatomy is different. Some patients will have more feminine facial features than others. For example, a patient may not need a rhinoplasty because their nose is already feminine or will go with the rest of their results.

Forehead reduction is a catch-all term that can refer to a combination of procedures. However, overall, it is designed to take a traditionally masculine looking forehead and create a more feminine one. A masculine forehead will often be wider and project more. A forehead reduction addresses both of these features by shaving down the forehead and nearby bone structures, lowering the hairline, and/or hair transplantation.

Beyond the natural thinning along the hairline that most men experience, women tend to have a lower hairline. Lowering the hairline may involve a combination of skin removal and moving of the hairline. It could also include hair transplantation. This procedure is also sometimes called scalp advancement or scalp reduction.

Hair transplant surgery is common among transgender women. Whether they are genetically predisposed to hair loss or not, hair transplant can help advance the hairline and create fuller-looking hair. It can also fill in the U-shape that a woman’s hairline often takes on.

In a masculine face, the brow bones often protrude out over the eye sockets. This is less common in a woman’s face. Thus, the brow bone is often shaved down and cut by performing osteotomies to create the naturally rounded appearance of a woman’s forehead and brows. The procedure may involve reducing the size of the frontal sinus as well for the best results.

When the brow bone is reduced, this often means that the eyebrows themselves need repositioning. This is achieved by a brow lift which can also help promote a more feminine brow shape. Though, you may also consider other enhancements such as microblading to reshape the eyebrows themselves. While frequently performed with a brow bone reduction it is sometimes performed without one or is not needed.

The orbital bones are the bones that form the upper portion of the eye sockets. They attach to the brow bone and are often reduced alongside the forehead. Like with the brow, the orbital bones tend to be bigger and protrude more in men than women. Thus, shaving them down can lead to a more feminine appearance.

A rhinoplasty surgery—or nose job—is a more traditional plastic surgery that lends itself to facial feminization. It softens the features of a masculine nose to create a graceful slope to the bridge and may even address the tip of the nose to make it upturn slightly. Both of these features are part of the ideal feminine nose. Additionally, when performed during FFS, a rhinoplasty also usually aims to make the nose look smaller.

One of the more subtle differences between a male and female face is the distance between the nose and upper lift. It is shorter for women. This is partially because they tend to have plumper lips and smaller faces. When the distance between the upper lip and nose is significant, Dr. Sajan may recommend an upper lip lift. Lip filler can also help plump the lips after the lip lift.

The jawline helps define the profile of the face and has a major influence on how the face is perceived. The ideal feminine jawline is soft and gentle curves. In contrast, an ideal masculine jawline is sharp and contains noticeable angles. In some patients, the jaw may need to be shaved down slightly, or reshaped by cutting the bone with an osteotomy. This is done via a mandibular bony jaw contour procedure. It may also include chin contouring.

Another masculine identifier is the Adam’s apple, a build-up in cartilage in the neck above the thyroid. Women do not have this build-up of cartilage. Since it cannot be safely removed, Dr. Sajan reduces its size to create a more feminine contour and reduce its protrusion. Often, he is able to completely disguise it.

Can You Feminize Your Face Without Surgery?

Yes, though non-surgical feminization enhancements are often not permanent and require regular maintenance to upkeep the results. However, many patients do choose to undergo some non-surgical treatments along with FFS. This may include procedures such as lip filler, cheek filler, Botox injections, and laser hair removal.

How Many Hours Does Facial Feminization Surgery Take?

The length of the surgery for a single session facial feminization surgery depends on how many procedures are performed and the extent of them. Regardless, it is a fairly long surgery, even in its smaller forms. The surgery can range between four to eight hours on average. The exact length of your surgery will vary and Dr. Sajan can provide a more accurate estimate at your consultation.

Yes, FFS addresses the actual structure of your face which means that the majority of the procedures should be long lasting. Like any other person, you may experience changes due to age, but this is unavoidable.

Can You Do Breast Augmentation At The Same Time?

It depends. If your facial feminization procedure is not too extensive and you can withstand the surgical session, then potentially. Dr. Sajan has done FFS cases combined with MTF breast augmentation and other body procedures. However, this is not routine and is evaluated on a case-by-case basis. Most of the time, facial and body surgeries are performed separately from one another.

What Is Recovery Like & How Long Does It Take?

Performing facial feminization in a single session reduces recovery time. Instead of recovering for several weeks combined after undergoing multiple surgeries. After single session FFS, you can expect to be back at work in two to four weeks. Furthermore, you will likely be back to your normal routine in one to two months or so.

Dr. Sajan will provide you with post-operative instructions based on your customized procedure. You expect to take it easy for at least a few days. While most patients do not report excruciating pain, post-operative pain, swelling, and bruising are expected.

Dr. Javad Sajan is one of the leading plastic surgeons performing gender-affirming surgery in the United States. He has performed over a thousand gender-affirming surgeries and specializes in single session facial feminization. Dr. Sajan also routinely performs other gender confirmation procedures such as body contouring, top surgery, and transgender BBL.

Allure Esthetic makes the experience of seeking any gender-affirming procedure a seamless experience from start to finish. Dr. Sajan and the team have worked extensively with the transgender and LGBTQIA community to create a safe and affirming environment.

To learn more and schedule a consultation with Dr. Javad Sajan at Allure Esthetic, call us at 206-209-0988. You can also reach out online via chat or contact form.